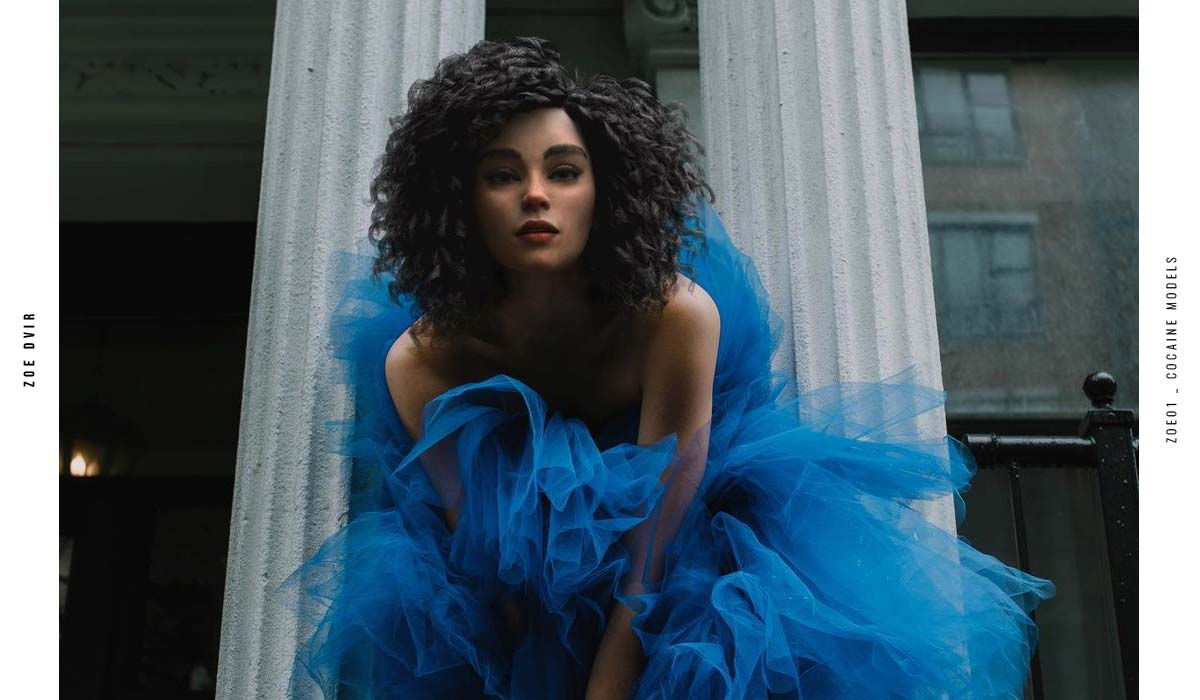 Digital avatars, virtual reality and AI – summing up innovations is often difficult. This headline at least makes it to “Digital Avatars: Virtual Reality (VR) and Artificial Intelligence (AI) in Advertising.” It’s all about virtual people, on Instagram, TikTok, YouTube. Millions of people follow them and their stories, every day. Yet the phenomenon just emerged 1, 2 years ago. Digitization does not only affect machines and software, but also society. A look at the hype: digital avatars.

Overview hide
1 Marketing, innovation and virtual worlds
1.1 Virtual humans: AI brings avatars to life
2 Digitization is the topic! Economy, industry, even politics
2.1 Speak, communicate, AI (artificial intelligence)
3 What is a virtual avatar?
4 Are there any best practice examples that are successful?
5 Why do virtual avatars work, who follows them?
6 How is the work for customers changing?
6.1 Are there any drawbacks?
7 How much does a virtual campaign cost in comparison?
8 How close are digital avatars to artificial intelligence?
9 Contact and contact person

When companies book speakers, it’s either to learn the basics(sales, leadership, personality,…). But sometimes it is also about innovations in the industry.

When it comes to virtual reality in media, it’s all new territory!

It becomes even more special with virtual avatars.

What’s behind the hype? And how close are digital avatars to artificial intelligence? Our VR speaker was just interviewed at Online Marketing Rockstars, one of the biggest platforms when it comes to marketing and sales. That’s why we wanted to learn a little more about VR from our speaker!

Digitization is the topic! Economy, industry, even politics

Digitization is the topic! Economy, industry, even politics cannot avoid the digitalization of offices and authorities. However, digitalization does not only take place in the various economic sectors, as well as in politics, but also in society, as can be seen above in the example of Lu do Magalu or also Lil’Miquela, who together have almost 10 million followers.

Digitization in society, starts with the smartphone that really everyone has and goes to current trends and hypes, as well as virtual avatars.

On social networks like Instagram, YouTube and Twitter they have millions of fans. Yet the phenomenon has only existed for 1 or 2 years. Accordingly, something new is building up here, just as influencers were absolutely new for marketing departments seven or eight years ago. Today, they are absolute opinion leaders and no longer “only” influence the younger generation. Because at some point, the young generation will grow up and almost automatically become a target group with purchasing power.

Many large companies, advertising agencies and corporations therefore want to be on the topic of artificial humans, digital avatars from the beginning. Whether at trade fairs, for example, through the presentation or in advertising, in photos and in videos. They learn to speak, even communicate, keyword artificial intelligence. But let’s start at the very beginning.

What is a virtual avatar?

Virtual avatars are artificially produced people who are in turn brought to life in photos and videos, through storytelling.

Virtual avatars go on a trip, show new outfits from coveted brands or just relax on the couch in the evening, with the little dog. By regularly publishing new content, i.e. posts, photos and videos, the content is shown to more and more people.

Ultimately, it’s as a sort of “series”, a “motion picture”, only in a new, digital form and integrated into real life.

At the same time, this opens up many new possibilities for productions. Being independent of places, independent of time, the risk of something going wrong with a production decreases accordingly.

Are there any best practice examples that are successful?

Meanwhile, there are a few, very successful examples of digital avatars.

In the US, for example, there is Lil’Miquela. She now has over 3 million followers, people who follow her. She has also had the biggest brand collaborations so far and, with really all the big-name brands, from Prada to Samsung. Meanwhile, she even has her own music videos. She was the first and is now also the ultimate when it comes to virtual avatars.

Worldwide, the most successful virtual influencer comes from Mexico. Her name is Lu do Magalu. She also has an extremely strong YouTube account! In Europe, noonoouri is the biggest, with almost 400,000 fans at the moment.

Why do virtual avatars work, who follows them?

As indicated before, ultimately it’s a big story told around avatars. Just pretty photos, that’s not enough. For example, the very first virtual influencer had her big break only when she kissed another model live, the world famous Bella Hadid, for the brand Calvin Klein. It was this video that created the hype so important.

That explains a lot. At the end of the day, it’s about building up a known person. It could be a young acting talent in Hollywood, who really knows if the person exists or not? Just like you never met famous Hollywood actors in real life, you will never meet virtual avatars in real life, but they will be constantly present in everyday life, through media and social media.

How is the work for customers changing?

Many risk factors that do not exist in a virtual production.

In addition, details can be adjusted later. The light was not good? No problem, it can be changed with a few parameters. The marketing department needs more laughs, no problem at all, made with few parameters. Put simply, really anything can be edited and reworked.

Weather conditions, wind, gravity, position of the sun,… There are no more limits to creativity.

In times of climate change, also a very strong argument, the CO2 savings. Let’s say the entire team flies to Cape Town for an advertising production, how many tons of CO2 are burned here alone? Virtual productions only consume a little electricity for computing power. This results in 0.0001% of the usual CO2 emissions.

Here is an example of the CO2 balance:

For a team of 10, directly 32 tons of CO2 emissions, for a photo or video production, just for the flights.

But customers can also create their own digital avatars, which they then in turn equip with their own storytelling and bring to life. Especially for innovative industries, be it electric car mobility, smartphone manufacturers or even providers of trade fairs/trade fair construction, the scope is great, as is creativity.

Are there any drawbacks?

I think the biggest disadvantage is that there is no production live. Ultimately, a very unique spirit is created here, which is not only good for the team, but also for the entire marketing concept. That’s why virtual avatars are only a supplement to the previous production methods.

How much does a virtual campaign cost in comparison?

The comparison is relatively difficult, but if we want to summarize it briefly, small productions are relatively expensive, for example, if you only want to make a photo and that as a self-financed startup. But for big companies and big productions it is worth it, at the latest when you think about areas like production costs and usage rights. In addition, the possibilities go much further, so even products, such as fashion pieces, can be brought digitally to the digital models. So within hours, days, thousands of images and videos can be created. Super practical for large online shops that constantly have new collections in e-commerce.

How close are digital avatars to artificial intelligence?

Unfortunately, I can’t dig too deep into the topic box here yet, but we are on a very good path!

A fortnight ago we started a new production in Berlin, as a joint venture, here the main thing is to enable dialogue with real people.

That means input and output at the same time. A very, difficult challenge.

Simply explained, everyone probably knows Alexa from Amazon, I want to listen to a certain song, speak to the device and the device plays me this song. This is exactly what the dialogue system is about with digital avatars, just a bit more complex than the simple database search.

But there is still a long way to go before you can really call it artificial intelligence. But the important thing is that we are working on it so that it gets there as quickly as possible!

Do you have any questions about the workshops, speeches or would you like to get started directly? Here you will find our contact persons:

We get you access to the most reliable speakers in your city. Investment banking, search engine optimization, health care, digital transformation. With clients around the globe, we are one of the leading partners - get in touch with us today!

We use cookies. By continuing, you agree, thank you.

We may request cookies to be set on your device. We use cookies to let us know when you visit our websites, how you interact with us, to enrich your user experience, and to customize your relationship with our website.

Click on the different category headings to find out more. You can also change some of your preferences. Note that blocking some types of cookies may impact your experience on our websites and the services we are able to offer.

These cookies are strictly necessary to provide you with services available through our website and to use some of its features.

Because these cookies are strictly necessary to deliver the website, refuseing them will have impact how our site functions. You always can block or delete cookies by changing your browser settings and force blocking all cookies on this website. But this will always prompt you to accept/refuse cookies when revisiting our site.

We fully respect if you want to refuse cookies but to avoid asking you again and again kindly allow us to store a cookie for that. You are free to opt out any time or opt in for other cookies to get a better experience. If you refuse cookies we will remove all set cookies in our domain.

We provide you with a list of stored cookies on your computer in our domain so you can check what we stored. Due to security reasons we are not able to show or modify cookies from other domains. You can check these in your browser security settings.

These cookies collect information that is used either in aggregate form to help us understand how our website is being used or how effective our marketing campaigns are, or to help us customize our website and application for you in order to enhance your experience.

If you do not want that we track your visit to our site you can disable tracking in your browser here:

We also use different external services like Google Webfonts, Google Maps, and external Video providers. Since these providers may collect personal data like your IP address we allow you to block them here. Please be aware that this might heavily reduce the functionality and appearance of our site. Changes will take effect once you reload the page.

The following cookies are also needed - You can choose if you want to allow them: